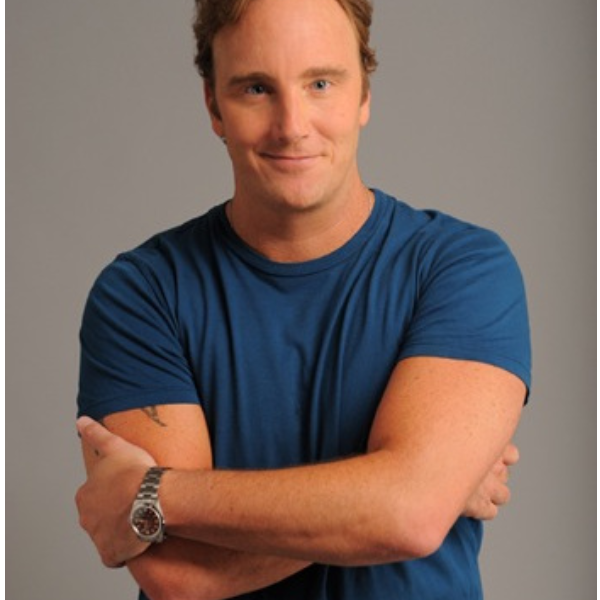 He is a frequent guest on the New York City drive-time radio show "Opie & Anthony," where he adds his own commentary on the bizarre in-studio happenings and, of course, throws in the occasional Christopher Walken impersonation.

Impersonated actor Christopher Walken in a Saturday Night Live (1975) skit titled "Christopher Walken's Psychic Hotline".
Has a tattoo on the inside of his bicep that is dated and contains the word "will," in respect of his cousin Will, who was killed by a drunk driver.
Mohr's ex-wife, Nicole Chamberlain, with whom he has a son, Jackson Mohr (born 2002), is a former model who wrote a one-woman show called "Next!" about her experiences, particularly dealing with the audition process.
Mohr has been a frequent contributor to "The Jungle", a radio show hosted by Jim Rome. Mohr's takes and opinions have earned him the nickname "Slam Man" on the show.
He hosts a sports variety show in the vein of Frank Skinner & David Baddiel's Fantasy Football League (1994), called Mohr Sports (2002), which debuted on ESPN in April 2002. He offers his unique and humorous insights on the world of sports in front of a live studio audience. The 30-minute weekly show features a timely, sports-themed comedy monologue, followed by interviews with athletes and entertainment personalities, remote segments, and musical performances.
"A constant struggle to get on camera" is what he called Saturday Night Live (1975).
Suffers from stage fright
The youngest of five siblings of English, German, Scottish, and Welsh ancestry, Mohr is brother-in-law of Matthew Cox and a cousin of late night talk show host Conan O'Brien.
Co-creator of Last Comic Standing (2003).
Favorite songs: "Don't Let Me Down" by The Beatles, "All the Way" by Frank Sinatra, "Monkey Man" by The Rolling Stones, "How Can You Mend a Broken Heart" by Al Green, "Across the Universe" by Rufus Wainwright.